Media Panel discussion on
“The Changing Face of News Gathering”

This month’s Lunch ‘N Learn will be held in partnership with the Naples Press Club. The topic will be “The Changing Face of News Gathering” featuring Stan Chambers, Digital Content Director at WINK News; Penny Fisher, News Director at Naples Daily News; and Phil Borchmann, Editor-in-Chief at Gulfshore Business 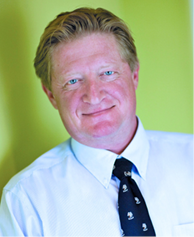 For nearly 12 years, Phil Borchmann has served as the editor of award-winning Gulfshore Business, a business-to-business publication covering Lee, Collier and Charlotte counties.

He also edits Naples REALTOR-the official magazine of the Naples Area Board of Realtors-that is published by Gulfshore Life magazine.
Before his arrival in Southwest Florida, Borchmann spent about 15 years working as a reporter at newspapers such as the Chicago Tribune and the Rockford Register Star in Rockford, Illinois, his hometown. Borchmann is a graduate of Illinois State University.

Stan Chambers Jr., in some respects, is in charge of the present and the future.

As Digital Content Director for WINK News, Stan oversees the management and direction the station’s digital and social footprints, from content creation to strategy and design.
Stan describes himself as an “old digital soul leading a digital evolution.” He transitioned into digital journalism after nearly a decade as a newspaper reporter and about three years as a nonprofit communications director.
Stan currently lives in Fort Myers with his wife and very active three-year-old daughter. 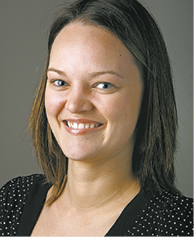 Penny Fisher’s love affair with journalism began in rural southern Indiana. She grew up in a 500-person town just down the road from Milan, Ind., the real-life inspiration for the movie Hoosiers. She joined her high school newspaper staff during her junior year and has spent every day since devoted to the craft.

In February 2007 she traded the hills of Indiana for the beaches of Florida when she joined the Naples Daily News as the art director for one of its community publications. She has served as managing editor for the Naples Daily News’s seven community publications, has managed the business section and the features section. She was named interim executive editor in August 2016 and was named news director for Naples in December 2016.
She is geeky about design, passionate about good story telling and over the top with organization. She enjoys spending time with her sportswriter husband and their adorable kids: Audrey, 4 and Alec, 2.